On June 19, 2018, at the closure of the Symposium, Beirut Law Firm, represented by Charbel ABI-ANTOUN, granted the President of the Academy a Lebanese Fossil as a symbol of recognition and gratitude for their efforts and devotions of spreading the Legal Education worldwide.

The paleontological sites of Lebanon contain deposits of some of the best-preserved fossils in the world, and include some species found nowhere else. The most famous of these is the Lebanese lagerstätten of the Late Cretaceous age, which contain a well-preserved variety of different fossils. Some fossils date back to the Jurassic period, and younger fossils of mammals from a different site belong to the Miocene through the Pleistocene. The fossils found in Lebanon are displayed in natural history, geology and paleontology museums around the world. (Paleontology in Lebanon – Wikipedia) 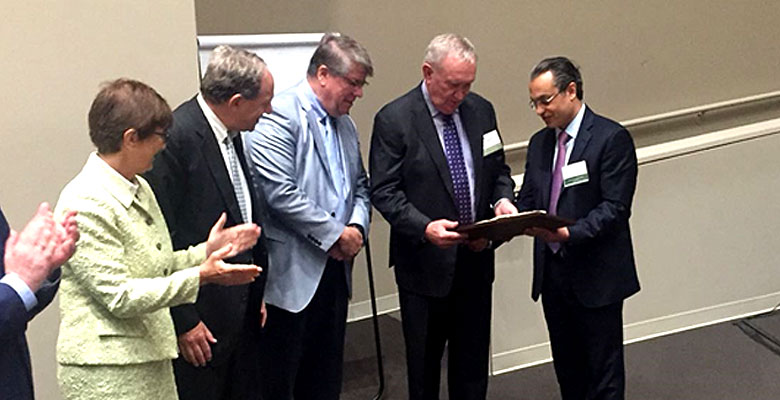